As the coronavirus situation developed in Australia, the on-premise industry seemed to receive changing information about restrictions almost every day.

This highly changeable nature has continued as restrictions have eased, with each state and territory moving at a different pace with their own set of stages and steps. Considering the Federal Government’s different description of stages and steps, it can be hard to keep up with what applies where.

Last week, the Prime Minister confirmed that the Federal Government remains committed to the three-step process of recovery from lockdown and that it plans to move to step three in July. While states and territories each have their own timetables, Scott Morrison said the Federal perspective is that step three will remove the cap of 100 people for indoor gatherings, replaced by a four-square metre rule for venues.

He added: “Now, that will mean obviously for much larger premises that will provide much greater scope. This is not happening immediately. This is part of step three. So states and territories who are making decisions about when they’re moving to that step three, they will now be moving based on the policy of four square metres being applied and those caps of 100 for a particular building, they won’t be in place.

Here’s how each of the states and territories is making its move:

From noon on Friday 19 June, the ACT will implement Step 2.2 of its recovery plan, which will see licensed venues can open with a maximum of 100 patrons per indoor or outdoor space or one person per four-square metres, whichever is lesser. Staff are excluded from both the patron limit and the four-square metre rule.

Alcohol can be served without a meal, but patrons must be seated and in groups of no more than 10 people. If dining in, groups can be a maximum of 20 people. Patrons can order at the bar or counter but must be seated to consume their drinks or meals.

Live music can recommence, but performers should maintain a minimum distance from patrons of at least 1.5 metres.

Tables must be spaced in a way that ensures that patrons at different table remain 1.5 metres apart. This could mean that tables are more than 1.5 metres apart. Cellar doors can open for tastings without food for groups of no more than 10 people who are seated. Keno and TAB facilities are allowed to open within licensed venues (poker machines must remain closed).

As of 1 July the number of people allowed inside indoor venues will be determined by the one person per four-square metre rule, with no upper limit. All activity must be seated only.

Customers consuming food or drink on the premises must provide their name and contact details, including a telephone number or email address. Operators must have a COVID-19 Safety Plan and keep a record of all people entering the premises.

The NT moved to stage three on 5 June allowing all bar, pubs and clubs to operate without food being compulsory and the two-hour patron limit has been removed.

Additionally all licensed gaming activities including TAB have resumed. The 1.5m social distancing requirement remains in place and the Government is urging Territorians to take personal responsibility to contain the virus, saying, “it is only if the community work together that we will keep the NT safe”.

The Queensland Government’s roadmap states a maximum of 100 people will be allowed at gatherings from July 10. The four-square metre rule applies when indoors and venues need to follow a COVID Safe Industry Plan.

SA is moving to stage three on Monday, 29 June, ahead of its original date of 3 July.

The state will follow the Federal Government’s recommendations of replacing the 100-person cap with the one person per four-square metres rule.

From noon, Wednesday 17 June, gatherings will increase to maximum of 80 people (indoor and outdoor) with physical distancing of 1.5 metres (where practicable) and a maximum of one person per four-square metres applicable.

From 22 June the number of people allowed inside venues will increase from 20 to 50. The four-square metre rule will also be in place and venues will need to collect contact details for all guests.

Those buying a drink will no longer be required to order food, but table service will be in place with no bar service allowed. TABs in pubs will also be allowed to reopen, again subject to density and social distancing restrictions.

Food businesses and licensed premises may operate but only with seated service and alcohol may be served without a meal at licensed premises (patrons must be seated). Non-work indoor and outdoor gatherings of up to 100 people per single undivided space, and up to 300 people in total per venue over multiple spaces.

National Cabinet reiterated that high risk venues such as nightclubs do not form part of Step Three and will be considered following further advice from medical experts. 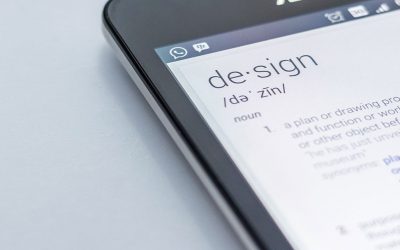 WHAT ARE THE KEY ELEMENTS TO GAMING ROOM DESIGN?

You have the necessary licences, the right gaming machines, and the resources needed to operate an entertaining and responsible venue, so... 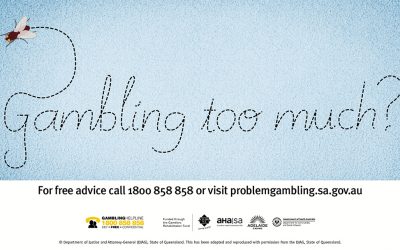 Creating an inviting and safe gaming space is a top priority for every club, pub or casino. The cleanliness, design and layout of the... 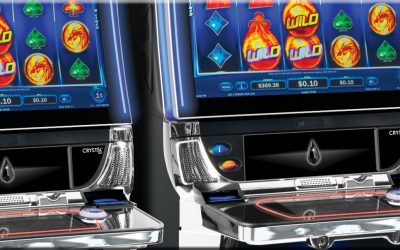 Cleaning Tips for Your Gaming Machines to Protect Patrons & Personnel With some light at the end of the tunnel regarding the...